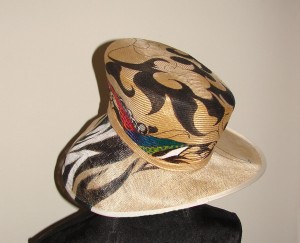 From 10 September onwards Marina Kulik shows a collection of hand painted bracelets and necklaces and hats in Galerie Casablù. Also on display several of MArina's aquarelles and jewelry by Françoise Weber. The galerie is open every day from 10am - 7pm Casablù Rue Eugène Giraud 06560 VALBONNE

From 2-5 September 2011, the second edition of the contemporary art fair 'Franchement Art' takes place in the Citadelle of Villefranche sur Mer Renowned galeries and well-known contemporary artists show their paintings, sculptures, photographs and other artwork. Aquarellista Marina Kulik is one of the chosen artists. She will show her large size abstracts, big multicolour roses and  a preview on her 'Glam Women' portraits. "I participated in the first edition and I had a great time with the other artists, we had inspiring talks and of course tremendous fun... In the picture below (ripped from the official brochure) you can see me (middle, right), looking at the work of another participant. The number of visitors could have been higher and the organisation promised for the second edition to promote better and louder.  This year more galeries are exhibiting and the overall quality seems to be higher, the 'ballotage' being more strict. I got selected, phew! My stand will be next to that of my Dutch sculptor-friend Ineke Velsink. Our work looks great together and I look very much forward to showing it to the many international visitors. I expect to sell and get commissions for Glamorous Women Portraits" The entry to the Contemporary Art Fair 'Franchement Art' is free, more information on their website nb: if you are looking for painters (like me) go to 'Plasticiens' 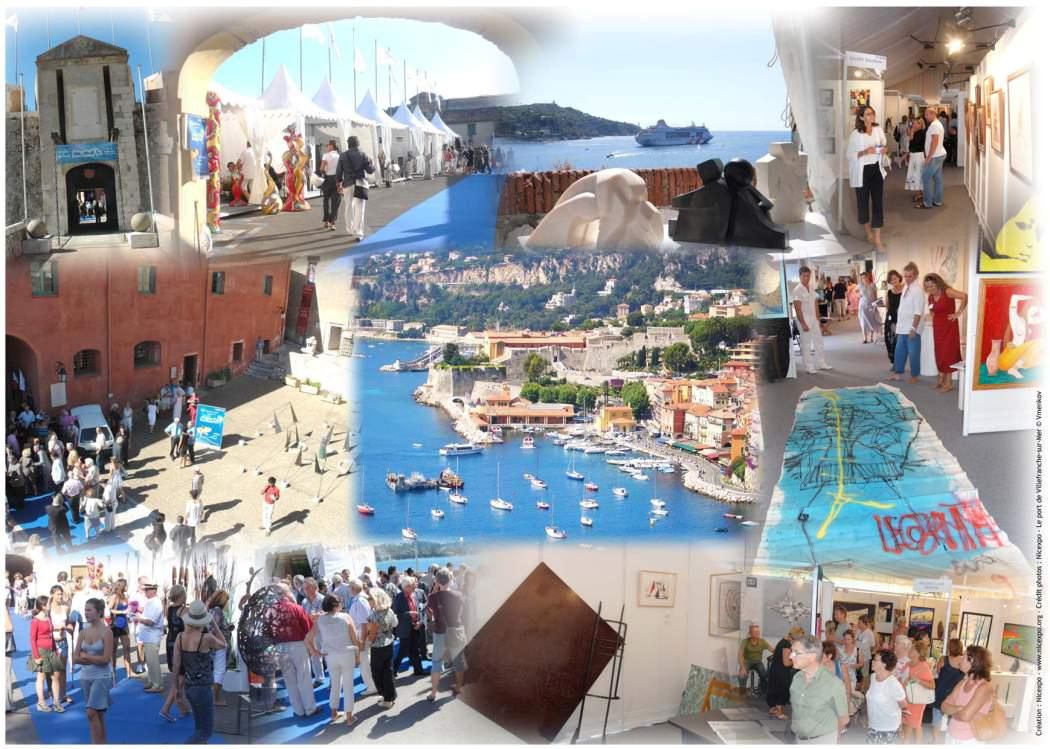 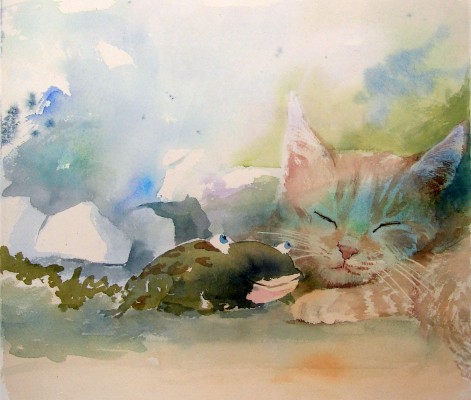 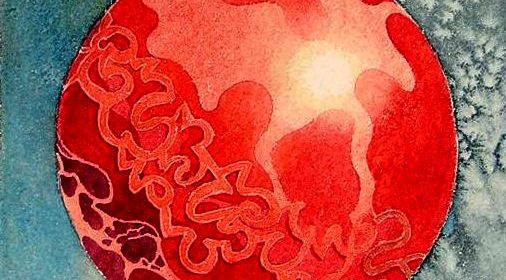 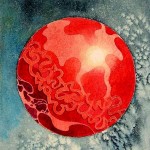 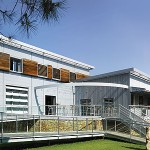 From 10 to 24 December, the yearly exhibition "Petits Formats" takes place in the Salle Saint-Esprit in Valbonne. A group of around 15 artists show their smaller work and sell it for very interesting prices: starting at 10€, the maximum is 250 €. Marina Kulik is one of the exhibiting artists. She will show poetic aquarelles, with high quality hand signed prints that can be used as exclusive Christmas cards.

"I am working on a series of "Christmas decorations" right now, it is great fun to do and I have really fallen in love with the concept of Xmas balls, they look so great, I may produce a couple of real ones. and definitely some big artistic handpainted beads for the Dutch jewelry brand Merrl that I design for. But I can't say for sure what I will end up with in December, I'll keep you posted. If you are interested in ordering a couple of cards, drop me an email via the contact page and I'll get back to you!" 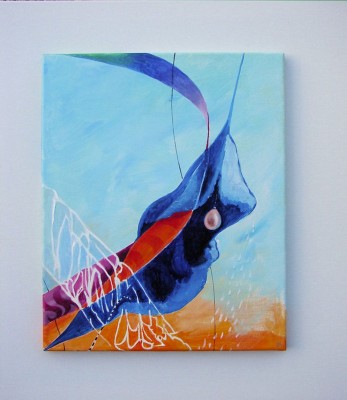 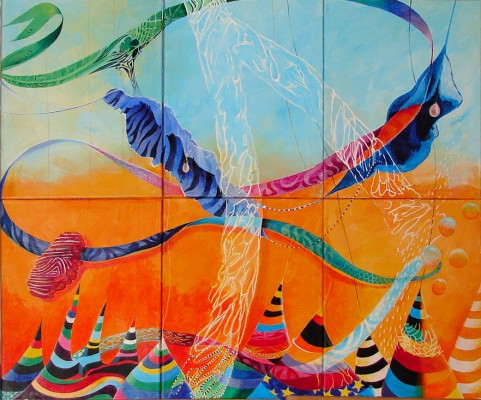 July is the month of street theatre festival in Valbonne, and within that, the artothèque of Valbonne organises a "Super Marché de l’Art" - an Art Supermarket, from 9 to 11 July.

This supermarket is an exhibition combined with the possibility to buy original artworks (paintings, sculptures and objects), built up like a traditional supermarket! 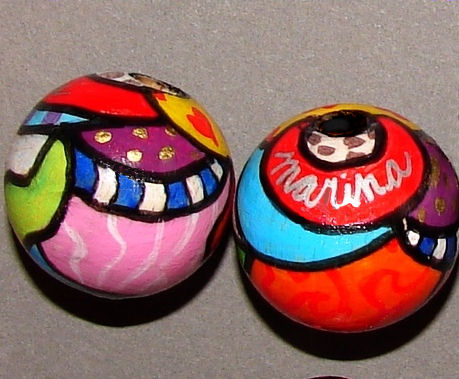 The visitors can shop and fill their baskets with original artwork - or just admire!

Creativity and humor will surprise the public, there will be stands where the artists are demonstrating - and you may be invited to join in. There is a very special wine stand, a fish "rayon" and much more... One of the 15 artists who present their work is Aquarellista Marina Kulik. She will present her Multicolour Roses, and the necklaces, bracelets and earrings she designed for Dutch jewelry brand "MERRL" in that same theme. 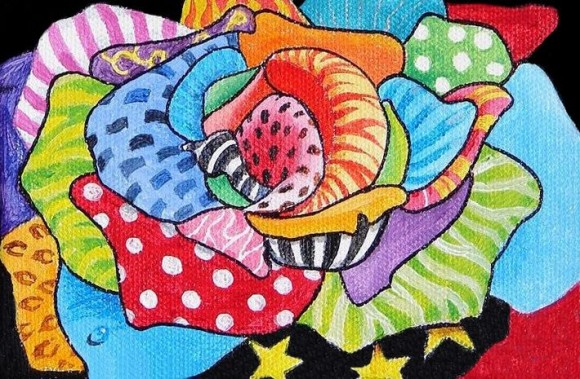 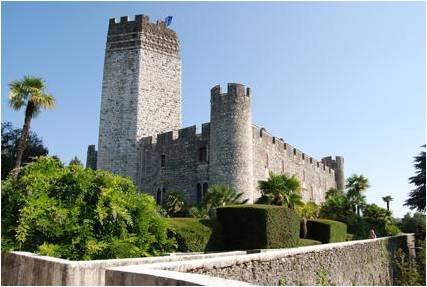 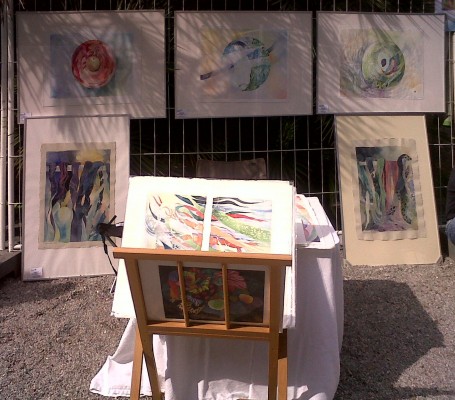 From 2 to 5 September 2010 the wellknown yearly Contemporary Art Fare will take place in Valbonne. Galeries and artists of all disciplines will participate, one of them Marina Kulik, who will show a recent collection of her large size aquarelles.